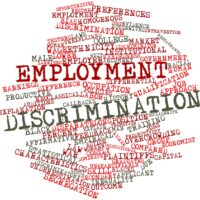 Smith worked for Towne Properties which managed apartment complexes. Smith was a community manager and lived rent free. Towne fired Smith after it concluded she had been stealing from one of the company’s clients by having her utility bills charged to one of the client’s vacant apartments and using two garages instead of one. It turned out, however, that Towne was mistaken.

After a Towne employee accused Smith of the alleged theft, Towne investigated and then fired Smith after concluding she had engaged in thousands of dollars of theft and dishonest acts. A short time later, Towne learned that one of the apartment complex’s owners believed Smith had been entitled to free utilities, but Towne did not reconsider its decision to fire Smith.

Smith, who suffered from a condition caused by spinal fluid pressure on the brain, sued, claiming disability discrimination and interference with her FMLA rights. The court affirmed summary judgment in favor of Towne on both claims, relying on the “Honest-Belief” rule: “Smith cannot show a trialworthy dispute about pretext if Towne honestly believed that she was misappropriating utilities even if that belief was mistaken.” No reasonable jury could find for Smith, so long as Towne made a “reasonably informed and considered decision” based on “particularized facts.”

Here, Towne took multiple steps before firing Smith, including reviewing her utility bills, contacting the water company to verify that Smith’s apartment wasn’t generating a water bill, asking the other owner of the apartment complex whether utilities were part of Smith’s compensation package (he said they were not) and searching for any documentation that Smith was entitled to free utilities, finding none. Similarly, Towne found no evidence that Smith was entitled to use two garages. Finally, Towne paid the complex’s owners thousands of dollars for the unpaid utilities, demonstrating that Towne believed Smith had stolen from the complex’s owners. Accordingly, absent evidence that Towne had made errors that were “too obvious to be unintentional,” it was entitled to prevail.

Even Towne’s failure to interview Smith in the investigation did not help her case. “[A]n optimal investigation—i.e., interviewing the employee and some or all of [her] witnesses—is not a prerequisite to application of the honest belief rule.” Further, the rule kicks in even when the employer turns out to be factually mistaken. Also, the rule depends only on the facts known at the time the decision was made. Finally, Towne’s failure to reconsider its decision after learning the true facts did not matter because Smith never asked for her job back or reapplied. Thus, the failure to reconsider did not cast doubt on what Towne honestly believed at the time it fired Smith.

Employers don’t have to be factually correct when making adverse employment decisions. But it is critical that employers do their best to investigate allegations of employee misconduct and document the investigation and basis for their conclusions. As long as the decision was based on the facts known at the time, the honest-belief rule should bar the employee’s claim.

Despite the Sixth Circuit’s statement that even a failure to interview the employee or witnesses won’t defeat the honest-belief rule, doing so is very risky. When combined with evidence of other employer action or inaction, there could be chance of employer mistakes being found to be “too obvious to be unintentional.” Further, from a potential juror standpoint, failure to even ask the employee for their side of the story can create the image of a lack of fundamental due process—a basic American value—risking negative reaction in the confidential jury deliberations.

If you’re an employer in Tennessee or elsewhere faced with a discrimination claim, including allegations that the employer based a decision on incorrect facts, obtain professional and thorough legal assistance by contacting the Law Offices of Cary Schwimmer at 901-753-5537 or visiting our website at schwimmerfirm.com. Our office address is 1661 International Place Drive, Suite 400, Memphis, TN 38120.