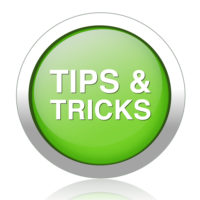 The largest processor of payroll data, Paychex Inc., publishes data on hiring and wage growth nationwide. Earlier this month, it reported that Tennessee had the highest nationwide rate of job growth within its small businesses in June, with rates of employment up 1.31% over those of last year. According to a study by WalletHub, while Tennessee small businesses have lower access than other states to certain resources such as venture capital, it has the fourth-lowest cost of doing business in the country, making it an appealing location for starting a small business. According to Charlie Brock, the head of LaunchTN, an initiative to promote startups in the state, Tennessee has been the Southeast leader in growth of venture capital. Additionally, Tennessee’s ranking in the Kauffman Foundation’s ranking of growth in entrepreneurship has been rising, with Tennessee earning 14th in the nation in 2016, which was up from 18th place the year before.

Before you hire, consult an attorney

If you’re the owner of a growing small business and are considering taking on an employee, make sure you’re prepared for all that entails by speaking with a small business attorney first. Even during the hiring process, there are many questions that an employer is barred from asking under federal laws such as the Civil Rights Act, Age Discrimination in Employment Act, and Pregnancy Discrimination Act. Running afoul of these laws could result in a threat of a federal lawsuit before you’ve hired a single employee.

Before you hire, it is also important to develop a handbook of policies regarding vacation time, hours of work, employees’ rights to leave for medical emergencies for themselves and their families, and frequency of pay. You’ll also need to be prepared to file the new hire paperwork required of every employee, and to develop a record-keeping system to comply with the US Department of Labor’s record requirements.

If you are a small business owner who is considering hiring new employees, get help ensuring you’re prepared to comply with federal and Tennessee laws by contacting the Memphis employment lawyer Cary Schwimmer for a consultation, at 901-753-5537.