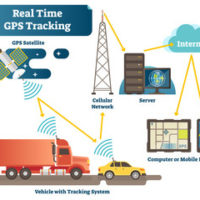 On July 5, 2018, the Tennessee Court of Appeals issued an opinion carrying strong cautions for employers in Tennessee and across the country who do not keep accurate time records for employees who are entitled to overtime pay when they work more than 40 hours in a week.  The decision, entitled Snodgrass v. AHA Mechanical Cont. LLC (“AHA”), involved a salesman, Snodgrass, who sold AHA’s services for constructing and servicing HVAC systems.  Snodgrass was not exempt from entitlement to overtime pay.   While three AHA technicians were required to clock in and out each day, Snodgrass did not punch his time on the clock.  Although the parties disputed whether AHA did not require Snodgrass to log his time or whether he simply refused to do so, AHA did not keep accurate records of Snodgrass’ working hours.  AHA simply paid Snodgrass 40 hours per week regardless, even including days he did not work.  Snodgrass never requested overtime pay during his employment.

After Snodgrass had worked at AHA for about ten years, AHA provided him with a company vehicle which was equipped with a GPS tracking system.  Snodgrass was aware of the GPS but did not realize AHA was using the device to track his working hours.  AHA later fired Snodgrass after the GPS monitor on his company vehicle indicated he would frequently travel to dead end streets and vacant lots where AHA had no business dealings.

Relying on U.S. Supreme Court and federal Sixth Circuit Court of Appeals precedent, the Tennessee Court of Appeals made several points which should be strong warnings to employers in Tennessee and elsewhere who are lackadaisical about keeping accurate time records for non-exempt employees, or who expect their non-exempt employees to be responsible for keeping accurate records of their work time:

If you’re a Tennessee employer facing an issue related to employees’ eligibility for overtime pay or a claim for alleged unpaid overtime pay, obtain professional and thorough legal assistance by contacting the Law Offices of Cary Schwimmer for a consultation, at 901-753-5537.