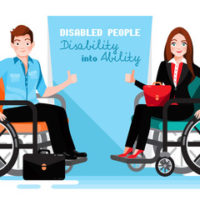 I have previously spoken and written about the Americans with Disabilities Act’s (ADA) requirement that employers consider additional leave as a reasonable accommodation for employees with disabilities who are not yet able to return to work and who do not have FMLA or other additional leave available.  On July 17, 2018, the U.S. Court of Appeals for the Sixth Circuit, which includes Tennessee, Michigan, Ohio and Kentucky, issued an important opinion dealing with a similar ADA reasonable accommodation issue—modified or reduced work schedules.

The Sixth Circuit’s decision, entitled Hostettler v. The College of Wooster, involved an Ohio college full-time Human Resources Generalist who was fired when she was unable to return to work on a full-time basis as she was recovering from postpartum depression and separation anxiety.  Hostettler’s doctor had submitted to the college a certification stating that Hostettler should work only half-time, which she was permitted to do from the beginning of May through the middle of July.  The doctor provided an updated certification after the second week in July, stating that Hostettler should continue to work half-time, estimating that she might be able to return to full-time employment in September.  The college fired Hostettler the next day, stating the reason as her inability to return to her position in a full-time capacity.

Hostettler filed suit in federal district court, claiming her termination violated the ADA.  The district court granted the hospital summary judgment and dismissed the case based on the conclusion that Hostettler could not perform an essential function of the HR Generalist position—full-time work—and therefore was not protected by the ADA or any other law.

The Court of Appeals reversed the lower court’s decision, holding that a jury must decide the factual question of whether working full-time was in fact an essential function of Hostettler’s job.  The ADA’s regulations state that “part-time or modified work schedules” are examples of reasonable accommodations that an employer must provide an employee with a disability if doing so will allow the employee to perform the essential functions of her job.  If Hostettler could perform all her job duties while working the half-time schedule she had worked, and was requesting to continue to work, she was a qualified individual with a disability under the ADA because she was proposing a reasonable accommodation which would permit her to perform all the essential functions of her position.

While the Court of Appeals recognized that regular in-person attendance is an essential function of most jobs, it noted that “full-time presence at work” is not always an essential job function.  Therefore, courts must perform a fact-intensive analysis of the specific situation at hand rather than simply assume that an employee in a full-time position must be able to work full-time.  Hostettler had presented evidence in the lower court that she satisfied all the core tasks of her position on time while working half-time, including training, employee relations, and recruiting.  The college, on the other hand, had presented evidence that Hostettler was not completing all her work during her part-time schedule, that some of her responsibilities “dropped through the cracks,” and that her absence was putting a strain on the department.  Given the competing evidence, the Court of Appeals held, the case needed to go back to the district court where a jury would decide whether working full-time was an essential function of Hostettler’s job.

The Hostettler case makes an important point for employers.  Employees frequently seek to return from medical leaves with restrictions limiting the employee’s work hours to less than full-time, or excusing the employee from working overtime, either for a specific period or, quite often, an indefinite period pending future medical visits.  Denying such requests simply because the job is a full-time position, or just because all the other employees are required to work full-time or overtime, can be a serious, costly legal mistake.  As the Sixth Circuit explained in Hostettler, there must be a “fact-intensive analysis” as to whether it is in fact essential that the employee work all expected or scheduled hours.

If you’re an employer in Tennessee or elsewhere facing a complex issue related to employees with disabilities, or a discrimination or wrongful termination claim, obtain professional and thorough legal assistance by contacting the Law Offices of Cary Schwimmer at 901-753-5537 or visiting our website at schwimmerfirm.com.