Sixth Circuit: FMLA Does not Require Retroactive Designation of Absences as FMLA-Covered or Allowing Late Call-Ins or Tardiness 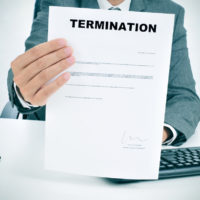 On March 19, 2019, in Njaim v. FCA US LLC, Case No. 18-3831, the Sixth Circuit U.S. Court of Appeals, whose jurisdiction includes Tennessee, rejected an employee’s claim that his termination due to absences and tardies constituted unlawful interference with his right to take FMLA leave and retaliation for his exercise of that right, affirming the district court’s grant of summary judgment for the employer.  The employee was discharged under the employer’s 7-point attendance policy after repeatedly missing work and calling in late, reportedly due to mental health and substance abuse problems.

The employee sought treatment and took paid time off through the employer-sponsored leave program.  When he returned to work, he went on intermittent FMLA leave.  But, in violation of the employer’s attendance policy, he missed work or called in late at least eighteen times, ultimately reaching seven occurrences resulting in his termination.

The Absences: All the employer knew was that the employee had been absent and had called in late each day.  The employee claimed that he would not have received enough occurrences to be fired had he known that his absences could be covered under his intermittent FMLA leave, and that the employer violated FMLA by not telling him this.

The court of appeals upheld the dismissal of this claim because, while the employer has a duty to inform its employees about their right to take FMLA leave, the employee “must show he triggered that duty by giving [the employer] notice that he was requesting leave.”  Although an employee is not required to use the word “FMLA” when providing notice, he must “convey enough information to let the employer know that he was requesting leave for a serious health condition that rendered him unable to perform his job.”  Here, the employee had failed to give such notice to his employer and his absences alone “were insufficient to put them on notice.”

The court further explained that the timing of the employee’s required notice is critical.  The employee “must prove that he gave this notice before his absences” because an employer “is not required to designate absences as FMLA-covered leave after the fact,” noting that Section 825.301(d) of the U.S. Department of Labor’s FMLA’s regulations states that “retroactive designation is permissive.”

The Tardies: After the employee took some period of continuous employer-sponsored leave, he was cleared to return to work.  The employer’s policies required employees coming back from medical leave to go through a medical-clearance process, which employees must finish in time to start their shift.  In this case, the employee failed to do so, not starting the medical-clearance process until eighteen minutes after his shift’s start time.  The court held that the employee was unable to prove that his receipt of one-half occurrence for this tardy interfered with his FMLA rights, not only because he failed to give proper advance notice of his intention to take leave for the period he was late, but also because he did not comply with the employer’s procedures for returning from leave.

The employee’s final tardy, which gave him seven occurrences and thus resulted in his discharge, was not protected intermittent FMLA leave because in addition to being late, he called in only nine minutes before his shift.  This violated the employer’s policy which required employees to call in to report an absence thirty minutes before their shift.  As the court stated, the FMLA permits employers to require compliance with the employer’s call-in policy in order to take intermittent FMLA leave.

Regarding the requirement that employees provide notice of the need for leave before the leave is taken, the court did not bring up Sections 825.303(a) or (c) of the FMLA regulations which provide that employees are to give notice of the unforeseeable need for leave “as soon as practicable under the facts and circumstances,” and  in the case of emergency such as emergency medical treatment, it may not be possible to comply with the employer’s call-in procedure until later.  Perhaps the court did not discuss these provisions because the employee in this case did not claim that any of his failures to give advance notice were due to emergency or other unusual circumstances.

Employers often face the issue of an employee whose absence was unexcused who then returns to work with a doctor’s note stating that the absence was due to a serious health condition.  Unless the employee can show that the absence was due to unusual circumstances where it was impossible or at least impracticable to give the employer advance notice of the need to be absent due to FMA-covered reasons, the employer should remember that retroactive designation of absences as FMLA leave is permissive, not mandatory.

Employers should have clear, uniformly-enforced policies for calling in and returning from leave to protect the employer from claims by employees who fail to comply with those policies.

If you’re an employer in Tennessee or elsewhere facing an FMLA issue, obtain professional and thorough legal assistance by contacting the Law Offices of Cary Schwimmer at 901-753-5537 or visiting our website at schwimmerfirm.com.  Our office address is 1661 International Place Drive, Suite 400, Memphis, TN 38120.