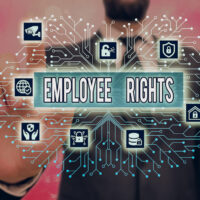 The federal Fair Labor Standards Act (FLSA) requires employers to pay the federal minimum wage and overtime pay to employees (who are not exempt from overtime, such as many managers and executives). The FLSA’s minimum wage and overtime requirements do not apply to independent contractors. In Jamie Gilbo v. Agment, LLC, Case No. 20-3287 (October 20, 2020), a group of former exotic dancers sued the Ohio strip club at which they had worked, claiming the club improperly failed to pay them minimum wage and overtime. The question was whether the dancers had been employees of the club or independent contractors. The U.S. Sixth Circuit Court of Appeals, whose jurisdiction includes Tennessee, affirmed the decision.

To determine whether the dancers should have been classified as employees or independent contractors, the Court applied the traditional six-part “economic reality” test, noting that “labels do not matter.” Based on the facts, the Court analyzed the test’s six factors as follows:

1.  The permanency of the relationship between the parties.  Independent contractors often have fixed employment periods and transfer from place to place whereas employees usually work for one employer and the relationship is continuous and indefinite. Here, two of the dancers, Gilbo and Smith, worked at the club for significant periods of time, seven months and almost a year respectively, while the other plaintiffs worked there for only a few months.  The permanency factor therefore weighed in favor of Gilbo and Smith having been employees.

2.  The degree of skill required for the rendering of services.  This factor assesses the complexity of the work performed, how the worker acquired their skill, and the length of the worker’s training period.  This factor favored Gilbo and Smith, as exotic dancing does not require special training and the club provided no training to dancers.

3.  The worker’s investment in equipment or materials for the task.  In the exotic dancer context, this factor almost always weighs in favor for an employer-employee relationship because, unlike the considerable investment an owner makes in operating a nightclub, exotic dancers often pay only for their clothing and makeup.

4.  The worker’s opportunity for profit or loss.  This factor examines whether workers have opportunities for greater profits based on their management and technical skills, such as improving efficiency to complete more jobs in one day.  This factor weighed in favor of Gilbo and Smith having been employees because the club handled marketing, aesthetics, location, and maintenance of the building.  Courts almost universally reject arguments of strip clubs, similar to the club’s here, that dancers are independent contractors because their ability to “hustle” for more customers affects their profit or loss. The Court noted that what a dancer earns is “limited by the bounds of good service” and the club “takes the risks and reaps the returns.’

5.  The degree of the alleged employer’s right to control the manner in which the work is performed.  Here, the facts supported the dancers having been employees.  The club exercised substantial control over the dancers, including sign-in and out sheets, requiring dancers to work six hours and to work weekday shifts in order to work weekend shifts, requiring a manager’s permission to leave early, enforcing a dress code, controlling dancers’ rates, and keeping a portion of dancers’ tips.

6.  Whether the service rendered is an integral part of the alleged employer’s business.  The more integral workers are to the business, the more likely it is that they are employees.  This factor supported that Gilbo and Smith had been employees.  The club could not function without dancers’ services.

Applying the above analysis, the Court found that all six factors reflected the “economic reality” that Gilbo and Smith had been employees entitled to the minimum wage and overtime pay.

Employers who unlawfully fail to pay workers the minimum wage and overtime pay are liable for two years’ backpay, which is increased to three years if the violation is found to be “willful”. One of the biggest, and costliest, mistakes an employer can make is to avoid paying minimum wage and overtime by simply calling workers “independent contractors” even though the facts show they are employees. Some employers try to reinforce their position by requiring workers to sign documents, usually at the time of hire, stating that they are independent contractors. But, as the Sixth Circuit stated in Jamie Gilbo v. Agment, LLC, “labels do not matter.” Economic reality does.

If you’re an employer in Tennessee or elsewhere faced with determining whether workers are employees or independent contractors, or with a claim of unlawful failure to pay minimum wage or overtime, obtain professional and thorough legal assistance by contacting the Law Offices of Cary Schwimmer at 901-753-5537 or visiting our website at schwimmerfirm.com. Our office address is 1661 International Place Drive, Suite 400, Memphis, TN 38120.