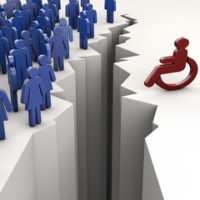 Linda Atkins was a sales associate at a Knoxville, Tennessee area Dollar General who suffered from type II diabetes.  In the past, when Atkins experienced hypoglycemic episodes at work, she attempted to raise her blood sugar level by excusing herself to the break room to drink her own orange juice which she kept in a cooler.  However, an eventual promotion to lead sales associate now often required Atkins to work alone in the store.  Atkins spoke to her store manager about keeping orange juice at her register, but the manager told Atkins that “it’s against company policy” and to “[b]e careful of the cameras.”

After the promotion, Atkins suffered two hypoglycemic episodes at work.  Because Atkins was working alone each time, with several customers in the store, she was unable to go to the break room for her juice.  Instead, on both occasions she took a bottle of orange juice from the store cooler and drank it, paying the store the $1.69 she owed for the bottle.  Each time, Atkins told the store manager what had happened.  Later, the district manager and regional loss prevention manager conducted a store audit to address employee-theft and other “shrinkage” issues.  They interviewed Atkins who denied a rumor that she ate Little Debbie cakes behind the counter but admitted that she had twice taken orange juice form the store cooler during a medical emergency and paid for it each time.  The interviewers concluded that Atkins’ actions violated the Dollar General “grazing” policy which forbids employees from consuming merchandise in the store and paying for it.  They fired Atkins at the end of their meeting.

The two $1.69 bottles of juice Atkins had taken and paid for ended up costing Dollar General a jury award of $722,887 at trial (including $445,322 in attorney’s fees) for violation of the Americans with Disabilities Act (ADA).  On August 7, 2018, in EEOC v. Dolgencorp, LLC., the U.S. Court of Appeals for the Sixth Circuit, which includes Tennessee, Michigan, Ohio and Kentucky, upheld the jury’s verdict.  The court found that the jury had a sufficient basis to conclude that Dollar General had violated the ADA’s reasonable accommodation requirement because the store manager categorically denied Atkin’s request to keep her juice at her register, failed to explore any alternatives (such as consuming glucose pills at the register), and never relayed the matter to a superior.  Likewise, the court found that the evidence supported the jury’s finding that Atkins had been discharged because of her disability, because Dollar General’s failure to provide Atkins a reasonable accommodation for her known disability directly led to her firing.

THE LESSONS FOR EMPLOYERS

If you’re an employer in Tennessee or elsewhere facing a complex issue related to employees with disabilities, or a discrimination or wrongful termination claim, obtain professional and thorough legal assistance by contacting the Law Offices of Cary Schwimmer at 901-753-5537 or visiting our website at schwimmerfirm.com.   Our office address is 1661 International Place Drive, Suite 400, Memphis, TN 38120.