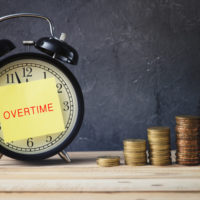 Rule on hold since November

The Obama Department of Labor introduced the now-rejected rule change in May of 2016. The change, which never went into effect, would have more than doubled the mandatory minimum salary for a worker deemed exempt from overtime pay from $23,660 to $47,476. A group of state governments and business groups filed suit against the Department of Labor in federal court in Texas, seeking to have the rule invalidated. Judge Amos Mazzant issued a preliminary injunction in November 2016, just days before the rule was to take effect, staying the rule’s implementation until he could issue a final decision on the rule’s legality.

Raise in salary would have made duties test irrelevant

Judge Mazzant issued his final decision on August 31, 2017, granting summary judgment for the plaintiffs. The judge ruled that the Department of Labor had exceeded its authority in issuing the rule. The judge found that the increase in the minimum exempt salary was too large to be consistent with the intent of Congress. There are two main components to the test used to determine workers’ entitlement to overtime pay: salary and job duties.  Judge Mazzant wrote that Congress’ original intent was to exempt from overtime pay workers with executive, professional, or administrative job duties. Judge Mazzant concluded that, by raising the minimum salary by such a large amount, it “would essentially make an employee’s duties, functions or tasks irrelevant if the employee’s salary falls below the new minimum salary level.”

The Trump administration had been pursuing an appeal of the November stay of the rule, but has since dropped its appeal. Instead, the Department of Labor has opened a comment period on the existing version of the overtime rule and has hinted elsewhere that it is considering raising the minimum salary by a more modest amount than the Obama rule.  It is thought the administration may propose an increase in the salary threshold to somewhere around $32,000, which would be a significant jump from the current level yet far short of the Obama plan struck down last month.

If you’re a Tennessee employer with questions about your workplace policies or overtime practices, get help from an experienced employment attorney by contacting the Memphis offices of employment law attorney Cary Schwimmer for a consultation, at 901-753-5537.