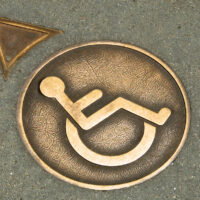 The ADA’s reasonable accommodation requirement includes possibly transferring the employee to an open position. In Small v. Memphis Light, Gas and Water, Case No. 19-5710 (March 12, 2020.), the Sixth Circuit U.S. Court of Appeals, whose jurisdiction includes Tennessee, affirmed summary judgment in favor of the employer because the plaintiff was unable to dispute that the employer honestly believed the plaintiff could not perform the functions of the job to which he wanted to be transferred.

Small was an MLGW electrician for over a decade. In 2013, he suffered an on-the-job injury that required him to change positions. Small expressed interest in a revenue inspector position. Instead, MLGW offered Small a service dispatcher job. At the risk of otherwise being terminated, Small accepted the dispatcher position. Small sued, claiming MLGW discriminated against him because of his disability when it refused to offer him the revenue inspector position. MLGW offered a legitimate, non-discriminatory reason for its decision: namely, that Small physically could not do the work of a revenue inspector. Therefore, said the court, Small’s case could only move forward if he offered evidence that the company’s stated reason was pretextual.

MLGW presented evidence that its disability committee determined whether Small physically could perform the revenue inspector job, and that an HR employee on the committee determined where to reassign him. Small was unable to offer any evidence disputing this. While Small claimed there were factual disputes about whether he could do the inspector job, the court held that whether MLGW was correct in its determination of Small’s ability to do the job was of no moment. The question was not whether MLGW was correct that Small could not do the work. Rather, it was “whether the company ‘honestly believed’ that to be the case at the time.” Because Small had no evidence casting doubt on MLGW’s honest belief, he could not show pretext, thus ending his case.

Very recently, the Sixth Circuit applied the honest-belief rule in affirming summary judgment for the employer in Smith v. Towne Properties Asset Management Co., Inc., Case No. 19-3681 (March 4, 2020) (see my March 5, 2020 article). There, even though the defendant may have been mistaken in concluding that the plaintiff had committed the acts for which she was terminated, it honestly believed that the plaintiff had done so. The Small and Towne Properties decisions should give employers comfort that they don’t have to be factually correct when deciding to take an adverse action against an employee who is in a protected class. As long as the reason for the decision is a business one, the decision process is well-documented, and there is no evidence that the employer is lying about the basis for its decision, the employer should win.

If you’re an employer in Tennessee or elsewhere faced with a discrimination claim, including allegations that the employer based a decision on incorrect facts, obtain professional and thorough legal assistance by contacting the Law Offices of Cary Schwimmer at 901-753-5537 or visiting our website at schwimmerfirm.com. Our office address is 1661 International Place Drive, Suite 400, Memphis, TN 38120.