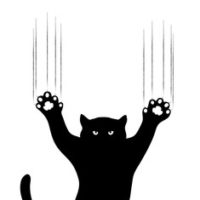 On March 28, 2018, the Sixth Circuit U.S. Court of Appeals, whose jurisdiction includes Tennessee, upheld a jury’s $350,000 award under Title VII to a Michigan State Police sergeant who claimed she was retaliated against for making internal sexual harassment complaints.  The sergeant, who had made two sexual harassment complaints against her supervisor (both found by the Department to be without merit), alleged that the Department retaliated against her by transferring her from her longtime post to a post 180 miles away.  In the decision, entitled Mys v. Michigan Department of State Police, the court of appeals of appeals held that the Department was liable for unlawful retaliation even though the Department’s Transfer Review Board made the transfer decision, rather than the supervisor who was the subject of the harassment complaints.  The key to the court’s decision was that, even though the accused supervisor was not involved in the Board’s decision, he initiated the process that culminated in the decision.

The supervisor’s unlawful intent was made clear by his own words when he told both his superior and the Human Resources Department that the sergeant’s harassment complaints had created a “hostile work environment” at the sergeant’s current post that undermined both “the continued effective operation” and the complaining sergeant’s “credibility”.  Applying what is known as the “cat’s paw” theory of liability (which the court explained to be “a reference to one of Aesop’s Fables in which a monkey tricks a cat into pulling a chestnut out of a fire for him”), the court held that the Department was liable because the supervisor’s retaliatory animus was the proximate cause of the transfer decision.

The lesson: To ensure that decisions negatively affecting employees are free of discriminatory intent, employers must look not only at the records of the decision makers but also of everyone who initiated, recommended or otherwise may be considered to have caused the decisions to be made.  An example would be a false incident report written by a discriminatory supervisor which results in an innocent manager’s decision to discipline or discharge an employee.

Another lesson: The court of appeals reminded employers that when an employee’s supervisor retaliates against an employee, the employer is automatically liable for the supervisor’s unlawful action.  And, “supervisors” are not just people whose titles are “supervisor” or “manager”.  As the court explained, a supervisor for these purposes is anyone who “is empowered by the employer to take tangible employment actions against the victim.”  An example would be an hourly lead person who can effectively recommend hiring, firing, or disciplining employees.  That is why comprehensive employment law training for all managers, supervisors and employees who might be considered “supervisors” legally is an absolute must for employers.

If you’re a Tennessee employer facing an issue related to an employee harassment or discrimination complaint or legal claim, or whose “supervisors” need employment law training, obtain professional and thorough legal assistance by contacting the Law Offices of Cary Schwimmer for a consultation, at 901-753-5537.