Employees May be Fired for Falsifying Discrimination Allegations 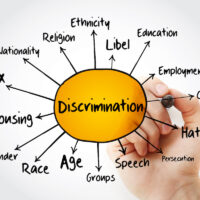 In Carrethers v McCarthy, Case No. 19-5712 (May 28, 2020), the Sixth Circuit U.S. Court of Appeals, whose jurisdiction includes Tennessee, confirmed that an employer legitimately may fire an employee if it honestly believes that the employee falsified allegations of misconduct. Carrethers, a civilian employee, had repeatedly accused her supervisors and other coworkers of various sorts of harassment. Her allegations were never substantiated, prompting a warning and then a reprimand. Carrethers then filed another set of allegations against her immediate supervisor. The Army appointed an officer to investigate. The officer interviewed Carrethers and fourteen other employees who Carrethers said could verify her claims. The employees actually contradicted her claims. The officer concluded that Carrethers was abusing the system to distract from her poor performance. The Army then fired her.

Carrethers sued under Title VII, claiming that her termination was unlawful retaliation for her complaints. The federal district court granted summary judgment to the Army and the Sixth Circuit affirmed the decision. The court of appeals relied on the absence of any real dispute that the Army fired Carrethers because it determined that her allegations against supervisors and employees were bogus. The only question was whether an employer may legitimately fire an employee if it honestly believes that the employee falsified misconduct allegations. The Sixth Circuit’s answer was yes, citing several previous decisions on the subject. The court explained,

After all, groundless complaints defame innocent coworkers, undermine trust in the workplace, and waste resources.  It only gets worse when (as here) the employee seems to have made a habit of making things up.  So of course, employers are allowed to fire such employees.

The fact that the discrimination laws prohibit retaliation against employees for complaining about unlawful discrimination or harassment does not insulate employees from discipline or termination if the employer honestly determines that such claims were falsely made. Employers must thoroughly investigate all such allegations and document the investigation and conclusions. If an employee’s claims are false, the employer should remember that the law’s anti-retaliation provisions are not an impediment to taking disciplinary action.

If you are an employer in Tennessee or elsewhere faced with an apparently false employee complaint, or a claim of unlawful retaliation, obtain professional and thorough legal assistance by contacting the Law Offices of Cary Schwimmer at 901-753-5537 or visiting our website at schwimmerfirm.com. Our office address is 1661 International Place Drive, Suite 400, Memphis, TN 38120.