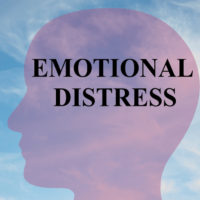 When you imagine an on-the-job injury that could leave one of your workers permanently and totally disabled under Tennessee law, you probably think of injuries such as a major fall, an industrial accident, or a serious motor vehicle accident occurring while the worker was on the clock. You’d probably never include an on-the-job mental health injury among the likeliest reasons that a worker would never be able to return to their job. In a recent decision titled Evans v. Alliance Healthcare Services, however, the Tennessee Supreme Court’s Special Workers’ Compensation Appeals Panel ruled that a worker’s on-the-job trauma had caused her permanent disability.

The case arose from an attempt to intervene in a violent altercation between a patient and his brother. The injured employee, Angela Evans, worked as a bus driver for Alliance Healthcare Services. After receiving a call from a patient’s brother, Evans transported one of Alliance’s counselors to the home of the patient and brother. When Evans and the counselor arrived at the home, the patient ran toward the counselor with a gun and shot her.

The counselor was rushed to the hospital and survived, but Evans alleged she was never the same after witnessing the incident. She filed a claim for workers’ compensation based on developing Post-Traumatic Stress Disorder (PTSD) after the shooting, claiming that she had frequent flashbacks and intrusive memories of the incident, was unable to sleep or concentrate, and suffered from serious depression.

Evans never returned to her position with Alliance, nor was she able to work at another job. She filed suit claiming that she should be found permanently and totally disabled by PTSD. Evans presented evidence that she was mentally healthy prior to the incident, and that the shooting had been the specific, acute, sudden, unexpected, and stressful event that had rendered her permanently disabled and eligible for workers’ compensation. Alliance argued that, while the shooting may have caused her to develop PTSD, it was events in Evans’ personal life and pre-existing conditions that caused the condition to become aggravated.

The trial court agreed with Evans, finding that the shooting had rendered her permanently and totally disabled. Alliance appealed to the Special Workers’ Compensation Appeals Panel, but the appeal was denied. While the panel acknowledged that stressful events had occurred in Evans’ life in the interim between the shooting incident and her suit, including being exposed to two additional shootings, those events “did not constitute an independent intervening cause of her symptoms.” The panel did note that some of Evans’ responses to psychological testing had been inconsistent. However, the panel concluded that Evans’ testimony that her fear of leaving the house alone after the incident was persuasive evidence that she was unable to work. The panel ruled that a “claimant’s own assessment of [her] physical condition and resulting disability” amounted to “competent testimony” that could “not be disregarded.” The trial court’s finding that the woman was permanently and totally disabled was upheld.

If you’re facing an allegation of discrimination or other employment law matter as a Tennessee small business, get help investigating and defending against these claims by contacting the seasoned and professional Memphis Law Offices of Cary Schwimmer at 901-753-5537.