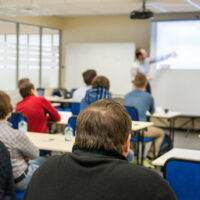 Lawyers who conduct union avoidance training for management always include “TIPS” — the acronym for the four things an employer can’t do to employees when there is pro-union activity going on in the company: THREATEN, INTERROGATE (including soliciting grievances from employees), PROMISE (including impliedly promising to fix what solicited grievances pertain to), and SURVEIL.  (I add PUNISH as an additional “P”.)  The recent decision of Sixth Circuit U.S. Court of Appeals, whose jurisdiction includes Tennessee, in Charter Communications, Inc. v. National Labor Relations Board, Case Nos. 18-18-1778/1895, (September 25, 2019) includes all these missteps, showing how an employer can go very wrong.  The case is an excellent primer on basic union activity labor law.

SURVEIL/INTERROGATE/THREATEN: Employee French asked a union organizer to distribute pro-union flyers at his Charter workplace.  While the union organizer and his team passed out flyers French had made, the regional director told French’s manager “to pay attention to who’s taking the flyers” and “to take notes if possible.”   French’s manager reiterated those instructions to supervisors on site.  French’s supervisor asked one employee if he had taken a flyer.

During a management conference call within a day of the handbilling, a regional vice president directed French’s manager to meet with French “because his name had come up as being a possible instigator for the union activity.”  Notes from the call said French “is trouble” and showed that the manager was directed to talk to French.  The manager soon thereafter went to the worksite, inviting French into the manager’s car where he “tried to figure out if [French] was involved with the union.” French’s manager told him that he was being looked at closely by upper management and if he was involved with union, it would bring a lot of unwanted attention onto himself and the team.

SOLICIT GRIEVANCES/IMPLIED PROMISE/INTERROGATE/ SURVEIL/PUNISH): In the car, French’s manager urged him that if there was anything he needed to discuss, he should bring it to the manager’s attention.  French felt his manager was asking if French knew of anyone involved with the union activity or could give such employees’ names.  French’s regional director then took French on an unscheduled ride-along, a first for French.  The regional director steered the conversation to the topic of employee complaints.  French refused to give names but was willing to discuss an employee concern which did not pertain to French about how certain employees were being evaluated.  The regional director then emailed senior management that French “talked about things he had no reason to be involved with.”  French’s manager then was instructed to isolate French and some others on his team.  Accordingly, the manager reassigned the employees to rural areas, making their work harder, more isolated, and more distant from their homes.

SURVEIL/THREATEN: The supervisor to whom the employees had been reassigned reported to Human Resources allegations that one of French’s coworkers had laid sod at another coworker’s house on company time, that two of French’s coworkers did work at his supervisor’s rental house during work hours, and that one coworker worked on a haunted house during work time.  Human Resources investigated, with the participation of the regional director who was permitted to sit in on employee interviews.  French’s new supervisor told French that he should get on this supervisor’s side because French had been “outed as the union mastermind”, “people were going to get fired,” and that the supervisor had obtained his position by previously “squashing a union drive.” The supervisor may also have said he sometimes brought a gun to work.

Case Result: The court of appeals affirmed the NLRB’s decision that all the above employer conduct violated the NLRA.

A non-union employer that wants to remain non-union must fully train all managers and supervisors on the do’s’ and don’ts of reacting and responding to pro-union activity. Conducting such training is a regular function of outside employment counsel. There are many things management can do when confronted with union activity, such as explaining to employees why the company believes employees don’t need a union and presenting accurate facts regarding life with a union, or this particular union, that the union may not have told them. Even before any union activity, it is perfectly legal for management to educate employees as to why the company prefers not to have a union and why it feels union representation often has undesirable consequences for employees. But management members must know where the lines are between what they can and cannot say or do. They must know their “TIPS”.

If you’re an employer in Tennessee or elsewhere in need of union avoidance training for its management team, or that needs to communicate with employees about the consequences of unionization, obtain professional and thorough legal assistance by contacting the Law Offices of Cary Schwimmer at 901-753-5537 or visiting our website at schwimmerfirm.com.  Our office address is 1661 International Place Drive, Suite 400, Memphis, TN 38120.