6th Circuit – Employer’s Statements Regarding Consequences of Unionization were Lawful 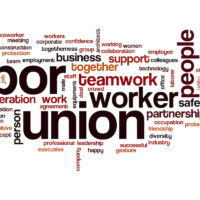 Section 7 of the National Labor Relations Act (“NLRA”) guarantees employees the right to form, join or assist labor unions and to collectively bargain through unions.  NLRA Section 8(a) makes it an unfair labor practice for an employer “to interfere with, restrain, or coerce employees in the exercise of rights guaranteed in” Section 7.   In Hendrickson USA, LLC v. National Labor Relations Board, Case No. 18-1144/1315 (August 1, 2019), a 2 to1 decision, the Sixth Circuit U.S. Court of Appeals, whose jurisdiction includes Tennessee, refused to enforce a National Labor Relations Board (“NLRB”) ruling against an employer whose employees were attempting to unionize the company’s Kentucky manufacturing plant.  The Court rejected the NLRB’s position that the employer, Hendrickson USA, LLC, violated Section 8(a) by issuing a plant-wide letter cautioning employees that, if the plant were unionized, contract negotiations would begin “from scratch”, and by showing employees a PowerPoint stating that in a union shop “the culture will definitely change,” “relationships suffer,” and “flexibility is replaced by inefficiency”.

The Court noted that NLRA Section 8(c) provides that it is not an unfair labor practice for an employer to express any “views, argument, or opinion” as long as the expression “contains no threat of reprisal or force or promise of benefit.”  Citing U.S. Supreme Court and Court of Appeals precedent, the 6th Circuit pointed out that in a labor dispute both the employer and employees may express themselves on the merits of the dispute to influence its outcome.  However, to be protected, an employer’s prediction of adverse consequences of unionization “must be carefully phrased on the basis of objective fact.”

While the Court found in an earlier case that it was unlawful for an employer to tell employees that in union bargaining wages and benefits “start at zero” rather than their current levels, the Court explained that the statement was made in light of  an “atmosphere of anti-union animus,” which involved other unfair labor practices such as terminating pro-union employees and threatening to close the plant.  Absent those types of circumstances, the Court has held that it is lawful for an employer to adopt a hard bargaining posture if a union is elected or to inform employees that is will do so, and that  communicating an intent to “start from zero” or “from scratch” is a “permissible prediction of a hard bargaining posture.”  Such statements are lawful if the employer makes clear that it is warning employees about the “natural give and take of the bargaining process,” and is not threatening to retaliate against employees for electing a union by engaging in “punitively intransigent” bargaining or unilaterally discontinuing benefits prior to negotiations.

The Court held that Hendrickson’s letter was lawful.  While the letter emphasized the inherent risks of contract negotiations, it did not “essentially promise” that employees would end up with less.  The letter made clear that its statement was meant to counter any ideas that union representation would automatically lead to an increase in wages and benefits, which purpose is explicitly allowed by NLRB precedent.

The question was whether the statements in Hendrickson’s PowerPoint presentation in employee meetings that if employees unionized, the culture would change, relationships would suffer, and inefficiency would replace flexibility, were “projections of consequences beyond its control or threats to retaliate against employees for authorizing union representation.”  The Court rejected the NLRB’s position that Hendrickson’s statements indicated with certainty that in the event a union was elected Hendrickson would no longer respond to employee concerns and that employees would “lose control over every aspect their work lives.”  Rather, the Court held, the PowerPoint lawfully elaborated and summarized the company’s position “on the ineffectiveness of third-party representation,” and were “protected predictions of the consequences of unionization.”

Whether an employer is facing evidence that employees are considering unionization or that other active efforts to unionize are occurring, everything the employer says or does about the consequences of unionization may carefully be scrutinized by a union or the NLRB for evidence of unlawful intent.  While the 6th Circuit’s 2 to 1 decision found the employer’s letter and PowerPoint to be lawful, any surrounding evidence of employer actions or statements motivated by anti-union animus, or suggesting retaliation against employees should they vote in a union, could certainly have resulted in an opposite ruling by the Court.

If you’re an employer in Tennessee or elsewhere with a desire or need to communicate with employees about the consequences of unionization, obtain professional and thorough legal assistance by contacting the Law Offices of Cary Schwimmer at 901-753-5537 or visiting our website at schwimmerfirm.com.  Our office address is 1661 International Place Drive, Suite 400, Memphis, TN 38120.